Teach you how to grill PCB circuit board step by step

Teach you how to grill PCB circuit board step by step

The first step is to obtain a printed circuit board, the first recorded model, parameters, and position of the paper, especially the diode, the direction of the three tubes, and all the components of the IC gap direction. It is best to use a digital camera to take a picture of the gas two feet away.

The second step is to delete all the equipment, and remove the pad hole in the tin. Clean the circuit board with alcohol, then put it in the scanner, start Photoshop, screen print the color of the surface, and print out the backup. 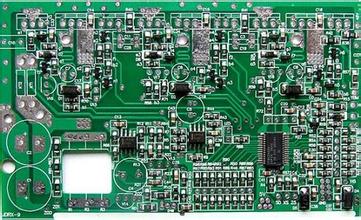 The third step is to slightly grind the top and bottom layers with water gauze. The polished copper film is started in the scanner and Photoshop, and the color of the two layers is scanned. Note that the printed circuit board must be horizontal and straight in the scanner, otherwise the scanned image will be unusable.

The fifth step, 2 BMP format file is connected as the file format in Protel, transfer to two layers in Protel, such as the two layers of the pad, and roughly overlap through the position, indicating that the first few steps are done, if If there is a deviation, repeat the third step.

The sixth step is to add the above. BMP to the top. On the printed circuit board, pay attention to the SILK layer, which is the yellow layer, and then draw lines on the TOP layer, and follow the second step of the drawing device. Delete the SILK layer after painting.

The seventh step is to BOT. BMP to BOT. PCB, pay attention to the SILK layer, which is the yellow layer, and then you trace the line on the BOT layer. Delete the SILK layer after painting.

The eighth step, the PROTEL will be first-class. PCB and BOT. On the printed circuit board, as a graph to determine.

The ninth step is to use the top layer of the laser printer, the bottom layer is printed on transparent film (1:1 ratio), and the PCB board is sliced into a piece of PCB board. If it is true, you are done.